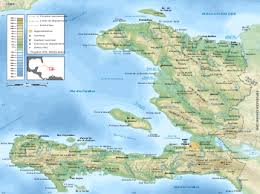 If the ouster of President Morsi in Egypt teaches anything to the international community, it is that the mere organization of elections is not a panacea in countries with a long tradition of corruption and dictatorship.

Those who try to understand why not much has changed in Haiti 27 years after the fall of the Duvalier regime are quick to point exclusively at our corrupt, ruthless and incompetent leaders. However, a closer look at the country’s perpetual crisis will show that corruption, incompetence and irresponsibility have always been supported by an important portion of the Haitian population. Why?

The reasons are manifold. On the one hand, the vast majority of the population thinks that disagreeing with the decisions of someone they have voted into office amounts to disloyalty. To these citizens, even constructive criticism should be the province of the political opposition, whom they label a bunch of sore losers with nothing positive to bring to the table.

Those who think that way genuinely care about the country. They strongly believe that giving the leaders they have elected unrestrained power is the pinnacle of patriotism.

On the other hand, each new government’s bandwagon is joined by a wave of opportunists, like the increasing number of private media owners who have sacrificed their stations’ integrity on the altar of the government run by President Michel Martelly and its deafening propaganda. They don’t care about the country’s future, provided that they can make as much money as possible, and will go to great lengths to defend a government’s most indefensible acts.

Those people have missed the lesson that the Jan. 12, 2010, earthquake should have taught: In an environment as degraded as Haiti’s, there is no personal salvation outside of our collective, national recovery.

During the tenure of former President Jean-Bertrand Aristide, those who raised their voices to denounce the suppression of freedom of speech, the killing of journalists and political opponents and rampant corruption were labeled “enemies of Haiti” by the president and his supporters. Aristide equated himself with Haiti in more ways than one.

Today, Martelly is managing the country in ways similar to Aristide, destroying the institutions while appealing to the people’s baser instincts. He has reinstated Duvalier’s “Carnival of Flowers,” spending more money on unjustified celebrations, depravity and drunkenness, and increasing to six per year the number of carnival-related public holidays in a country that already has too many unproductive or underproductive days.

Last month, Judge Jean Serge Joseph, who was investigating allegations of corruption against the president’s wife and son, suddenly died of a stroke. Shortly thereafter, a well-known lawyer and former congressman and a human rights activist declared that, before his untimely death, the judge had confided that he was summoned by both the president and the prime minister to recuse himself from the case.

That constitutes a flagrant violation of the principle of separation of powers. In the face of such evidence of antidemocratic practices, guess who are supporting Martelly? Some of those — journalists, media owners, private citizens and political personalities — who were criticizing Aristide for the same practices. And who have now become the staunchest supporters of the constitution and the laws, calling for Martelly’s resignation? The very individuals who were wallowing in corruption and institutional destruction with Aristide.

Consequently, during these 27 years of a seemingly interminable political transition, only the players and their cheerleaders have changed. The practices have remained the same, and the more popular our presidents, the more leeway they and their supporters think they should have to violate the laws.

Therefore, until the citizenry understands that, irrespective of our emotional connection to our leaders, the latter need to be kept in check by the other constituted powers, their political opponents and their very supporters, we will emerge from our vicious circle. The only problem is that, given the urgency of most of the challenges Haiti faces, we’re running out of time.