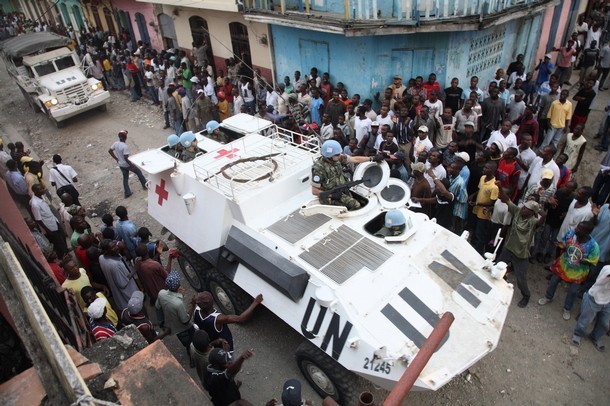 At least three soldiers of the Uruguayan UN Mission for Stabilization in Haiti (MINUSTAH) are involved in sexual abuse of a young girl of 22 years, officials said. The act took place last March 19 in the town of Savanette, revealed Ronald Laroche, re-elected for Capotille / Mont-Organized (INIT) in the election on November 28, 2010.

Offended, the parliamentarian, who seems to have not prepared enough specifics in this regard, calls upon the authorities concerned to conduct an investigation in order to shed light on that charge.

Since their presence in Haiti in 2004, UN peacekeepers are charged with other acts. Some are accused of stealing goats in several provincial towns, while others, Nepalese soldiers are blamed for having contributed to the spread of the cholera epidemic that continues on sowing grief in Haiti.