Mining for Gold in and other resources in Haiti. 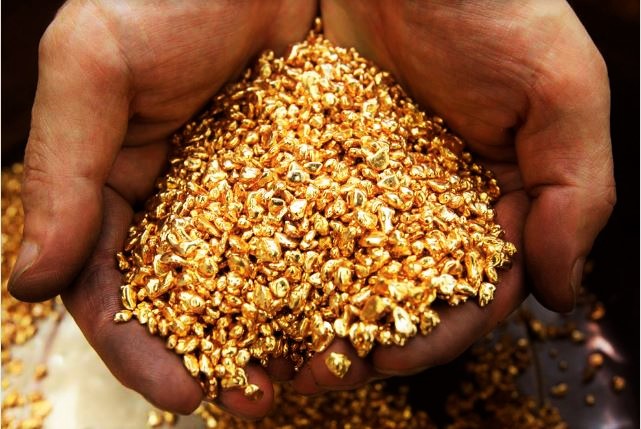 Canadian and U.S. corporations now confirm they have permits to mine gold in more than 1,000 square miles in northern Haiti. Haiti’s new prime minister says the estimated $20 billion worth of minerals in Haiti’s hills could help liberate it from dependency on foreign aid and rebuild from the devastating 2010 earthquake. But many worry the mines will be a boom for foreign investors and a bust for local communities.

Who Will Benefit from Haiti’s Gold Rush?

Haiti is believed to have enough gold to lift the earth-quake hit country out of poverty. But as the government, with assistance from the World Bank, works to exploit these treasures civil society groups are keen to ensure it is done responsibly, with many asking: is Haiti ready for widespread mining?

“Haiti would like to place itself as an emerging mining country in the next 20 years,” former Haitian Prime Minister Laurent Lamothe told a mining conference in 2013.

It’s impossible, at this stage, to ascertain the exact potential of mining in Haiti, but $20bn is a figure often floated. This estimate stems from a reported $30m of exploratory drilling by US and Canadian investors in 2012 which unearthed gold, silver and copper.

To put this figure into context, the country’s annual GDP is $8.459bn (2013) – therefore mining could propel the poorest country in the Western Hemisphere to prosperity.

From 2008, for more than four years, Newmont Ventures Limited, a subsidiary of US based Newmont Mining, and Canadian Eurasian Minerals conducted mineral exploration in a 130km trend of northern Haiti’s Massif du Nord. In 2012 the companies said they had identified several areas of interest warranting further exploration and signed a memorandum of understanding with the Haitian government for drilling beneath ground surface.